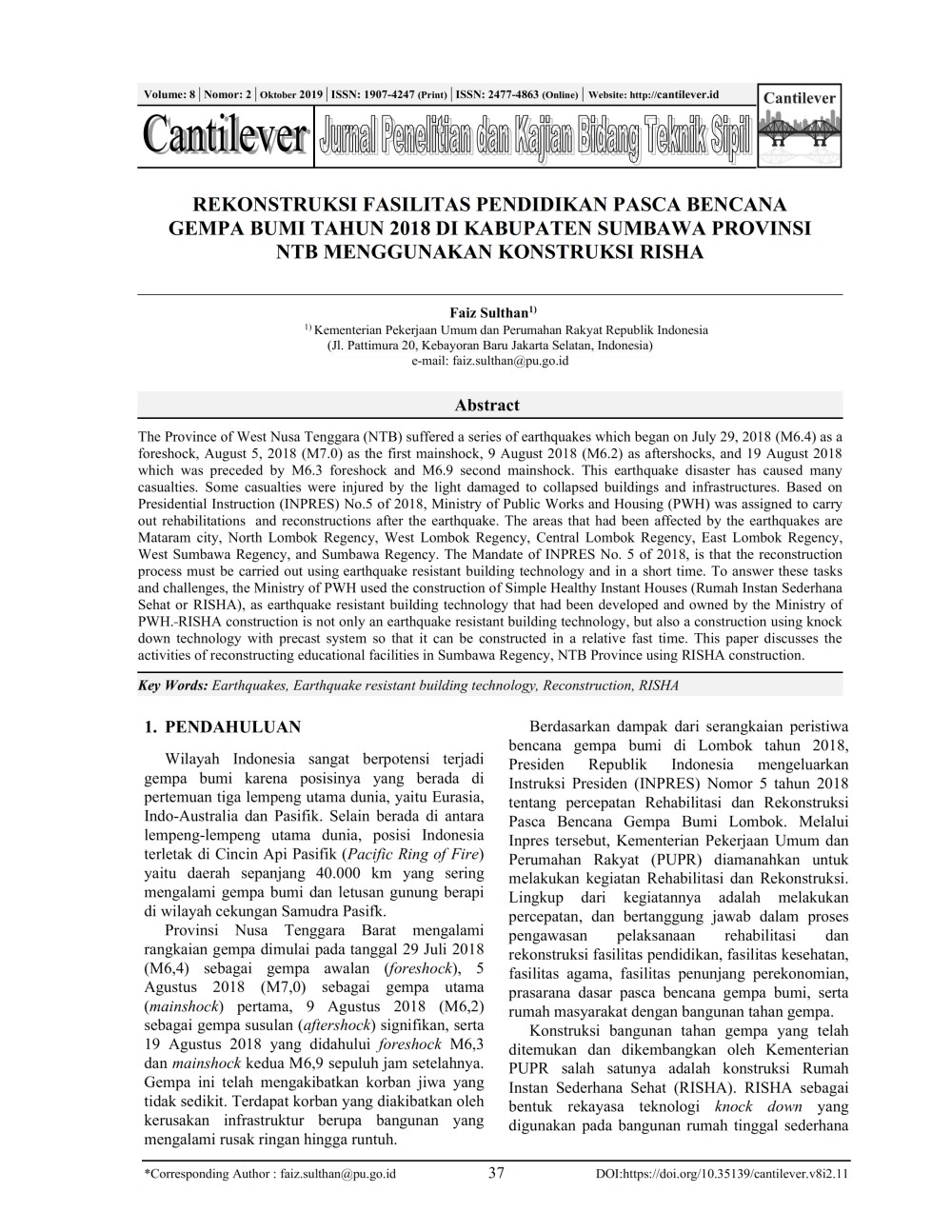 The Province of West Nusa Tenggara (NTB) suffered a series of earthquakes which began on July 29, 2018 (M6.4) as a foreshock, August 5, 2018 (M7.0) as the first mainshock, 9 August 2018 (M6.2) as aftershocks, and 19 August 2018 which was preceded by M6.3 foreshock and M6.9 second mainshock. This earthquake disaster has caused many casualties. Some casualties were injured by the light damaged to collapsed buildings and infrastructures. Based on Presidential Instruction (INPRES) No.5 of 2018, Ministry of Public Works and Housing (PWH) was assigned to carry out rehabilitations and reconstructions after the earthquake. The areas that had been affected by the earthquakes are Mataram city, North Lombok Regency, West Lombok Regency, Central Lombok Regency, East Lombok Regency, West Sumbawa Regency, and Sumbawa Regency. The Mandate of INPRES No. 5 of 2018, is that the reconstruction process must be carried out using earthquake resistant building technology and in a short time. To answer these tasks and challenges, the Ministry of PWH used the construction of Simple Healthy Instant Houses (Rumah Instan Sederhana Sehat or RISHA ), as earthquake resistant building technology that had been developed and owned by the Ministry of PWH. RISHA construction is not only an earthquake resistant building technology, but also a construction using knock down technology with precast system so that it can be constructed in a relative fast time. This paper discusses the activities of reconstructing educational facilities in Sumbawa Regency, NTB Province using RISHA construction.

Authors who publish with this journal agree to the following terms: